Why breastfeed? Miriam Labbok, MD, MPH, IBCLC, Professor of the Practice of maternal and child health at the Gillings School, can give an evidence-based list of reasons. (See the graphic below.) Besides being a priceless opportunity for early bonding, she says, breastfeeding offers essential health benefits for both babies and their mothers. 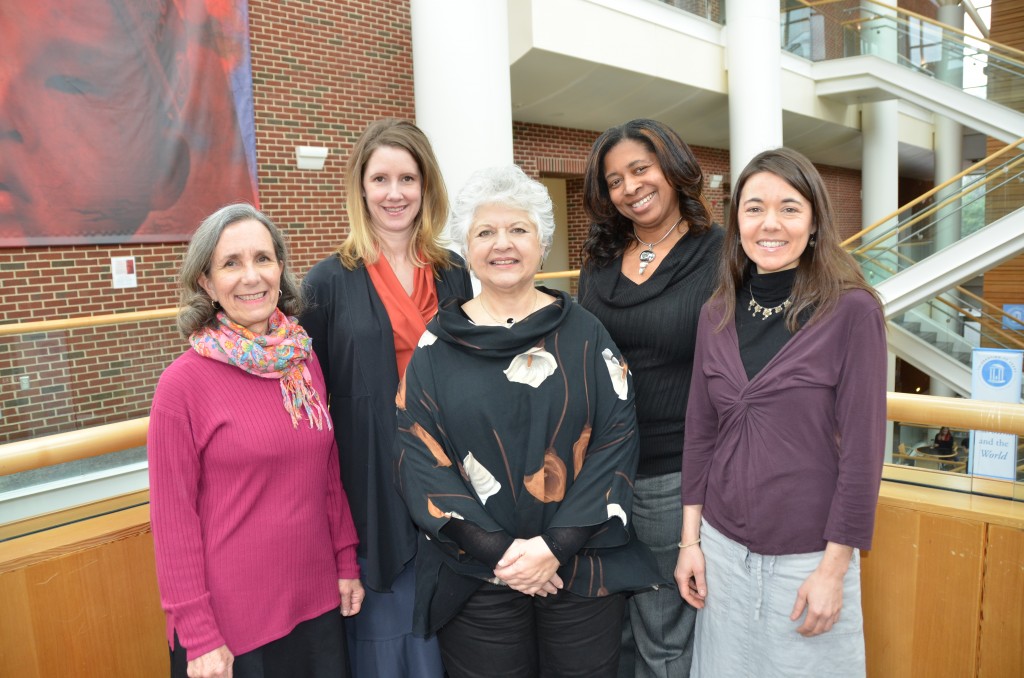 That knowledge — and the belief that women and infants everywhere deserve to experience those health benefits — inspired an anonymous donor in 2006 to make a transformational gift to the UNC Gillings School of Global Public Health to establish the Carolina Global Breastfeeding Institute (CGBI). The Institute is the only one of its kind in the world housed within a school of public health and within a maternal and child health department.

“A visionary and most generous gift allowed us to build a world-class breastfeeding institute to improve the lives of mothers, children and families — both in North Carolina and globally,” says Herbert Peterson, MD, Kenan Distinguished Professor and former chair of maternal and child health. “We were doubly fortunate to recruit Dr. Labbok as Institute director. Her prior experience at UNICEF and USAID has been invaluable, as has her ability to link the worlds of research and practice.”

As CGBI celebrates its 10th anniversary, its founding director is pleased with the Institute’s established research and implementation programs, but says there’s more work to be done.

“What’s really needed now is more implementation,” says Labbok. “The deaths of more than 3,500 children could be prevented every day — if current breastfeeding recommendations were implemented globally.”
.

CGBI accomplishments at a glance

Founded in 2006, CGBI is the only lactation program in the world accredited by the Commission on Accreditation of Allied Health Education Programs.

CGBI faculty and staff have published more than 100 scientific articles and have made hundreds of state, national and international presentations about their research.

Faculty and staff members serve on many national and global boards and expert panels.

CGBI is known for strong collaborations, especially with North Carolina agencies, including public health departments, and also works with nonprofits and federal and international agencies.

The Institute was awarded more than $2.8 million in grants (excluding the gift that established it).

From the outset, CGBI focused upon issues of equity in services and health outcomes.

“In the U.S. and in North Carolina, the diseases that can be prevented by breastfeeding were the ones causing the disparate disease and mortality in the African-American community,” Labbok says.

Using data from the Carolina Breast Cancer Study, Labbok worked with the late Robert Millikan, PhD, and colleagues in the Gillings School’s Department of Epidemiology to prove that breastfeeding reduced the risk of basal-like breast cancer, which is more common among African-American women. These findings led the Institute to focus on increasing the number of black women who breastfeed.

With the cooperation of the UNC Women’s and Children’s Hospital staff, the Institute also established The Mary Rose Tully Training Initiative, named in memory of Tully, a former Gillings School faculty member and career-long breastfeeding advocate.

The program, which requires 300 hours of clinical experience under direct supervision of an International Board-Certified Lactation Consultant (Labbok is an IBCLC) and 90 hours of classroom study, is accredited by the Commission on Accreditation of Allied Health Education Programs — and is the only accredited university-level lactation training program in the world. The Institute’s local, national and global impact grows steadily. Its partnerships with N.C. agencies are longstanding, and now CGBI also collaborates with Abt Associates and Population Health Improvement Partners on the Centers for Disease Control and Prevention-funded EMPower Breastfeeding Initiative. The initiative has supported essential maternity care practices in 94 hospitals in 23 states across the U.S., predominantly serving minority populations.

In June 2015, Alison Stuebe, MD, was named Distinguished Scholar of Infant and Young Child Feeding at the Gillings School and in UNC’s School of Medicine. Stuebe’s appointment, funded by the same anonymous donor, extends CGBI’s reach by focusing on the development of prenatal and postnatal care programs that help all parents improve their own health and the health of their children.

“Miriam Labbok and her team have transformed CGBI into a preeminent Institute, which has had remarkable influence and impact in the translation of our best science into policies, programs and practices, here and around the world,” Peterson says. “What an amazing decade it has been!”

In the next issue

Another anniversary is coming soon — Health Policy and Management (HPM) will celebrate 80 years!

Basic sanitation and management of county health departments and local hospitals were the primary concerns in 1936, when 46 students took the first classes within the UNC School of Medicine’s Department of Public Health Administration — four years before the founding of what is now the UNC Gillings School of Global Health.

Save the dates — Sept. 15-17 — and learn more about the celebration at sph.unc.edu/hpm.