At the time of this evaluation, RSB was offered at North Carolina Women’s Hospital as a voluntary educational session intended to help expectant mothers get ready for their baby. Pregnant mothers are eligible to receive a free RSB educational session immediately after their first ultrasound confirming a viable pregnancy. Obstetric clinics verbally educate patients about RSB at check-out and subsequently make appointments with interested mothers to receive their RSB when they return for their next clinic appointment. RSB appointments are generally scheduled to take place after the patient’s appointment with their physician. Patients are instructed that the location of their RSB session will be in the Women’s Health Information Center, located in the main lobby of the hospital, directly downstairs from the obstetric clinics.

RSB sessions typically last 20 minutes, and patients are welcomed to bring family with them to the session. Staff and volunteers at the Women’s Health Information Center welcome patients with and without scheduled appointments, providing on-the-spot one-on-one sessions that are tailored to the patient’s interest level. Occasionally, RSB sessions are offered to more than one mother at a time.

Part I of the evaluation assessed patient response to the Ready, Set, BABY sessions. Overall, the sessions were very well received from the patient perspective. Patients who responded to the survey are satisfied with their sessions, regardless of the length (from 5 to 55 minutes), and have few suggestions for improvements. For the vast majority of respondents, the sessions improve their self-perceived knowledge on the topics covered. Most respondents also felt better informed about what to expect during their hospital stay, felt more confident about how to care for their baby directly after birth, felt more prepared for their feeding decisions and felt more confident about breastfeeding. In addition, almost three quarters of respondents agreed that the session would influence how they will care for their infants at home.  We also found that non-white women were more likely to be satisfied with the session and that women with advanced degrees and full employment were more likely to report being neutral or unsatisfied. These are all positive results as we are trying to reduce disparities and increase equity. In addition, these materials serve to improve patient knowledge on several important maternity care practices that are an integral part of the Baby Friendly Hospital Initiative, which has been demonstrated to be associated with improved breastfeeding outcomes.

Part II attempted to identify whether those who had received the RSB session had different rates of breastfeeding initiation when compared to those who had not. No significant differences were found. This was likely due to small sample size necessitated by the timeline of the evaluation. However, a majority of the women who had participated in RSB agreed that the program helped them feel more prepared for what they had experienced in the hospital regarding the maternity care practices of skin-to-skin, rooming in and feeding on demand. This positive finding echoes the results of the prenatal survey, where a majority of respondents felt more prepared with what to expect during their hospital stay after participating in RSB. In sum, both parts of the evaluation indicate that RSB is a program benefiting patients in measurable ways. 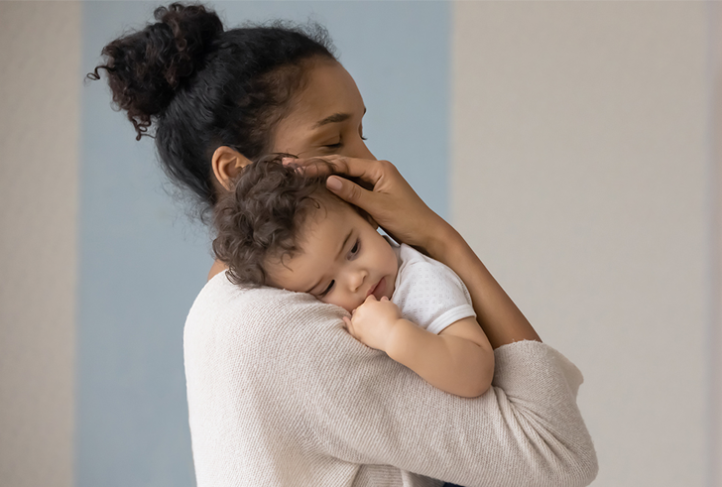