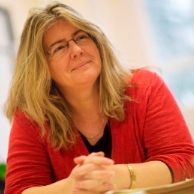 Broadly defined, her research examines sleep ecology of infants, young children and their parents. This encompasses attitudes and practices regarding infant sleep and night-time infant care, behavioural and physiological monitoring of infants and their parents during sleep, infant sleep development, and the discordance between cultural sleep preferences and biological sleep needs. She has conducted research in hospitals and the community, as well as her lab, and she contributes to national and international policy and practice guidelines on infant care, Charing the Scientific Committee of the Lullaby Trust (UK SIDS Charity) and serving as an elected Board Member for the International Society for the Study and Prevention of Infant Deaths.

Professor Ball pioneers the translation of academic research on infant sleep into evidence for use by parents and healthcare staff via Basis — the Baby Sleep Information Source website (http://www.basisonline.org.uk/). In 2013 she received an award for Outstanding Impact in Society from the Economic and Social Research Council for her work on parent-infant sleep. This past year Professor Ball and Durham University received the Queen’s Anniversary Prize for the work of the Parent-Infant Sleep Lab which she received in a ceremony at Buckingham Palace. Why is an evolutionary anthropological perspective of breastfeeding and infant sleep important to parents today?

Although cultural fashions in infant care practices have changed dramatically over the last one hundred and fifty years, the sleep biology and night-time needs of infants remains unchanged. Proximity and responsiveness are vitally important, and for breastfeeding moms, frequent opportunities to feed the baby through-out the night are crucial too. The mismatch between the biology of mother-infant sleep and the contemporary expectations of new parents, family members, and society at large can be huge.  An evolutionary anthropological perspective reminds us that fighting our babies evolved biology makes night-time care more difficult than it needs to be.

Tell our readers something about yourself they wouldn’t otherwise know.

My PhD thesis was on the behaviour of free-ranging female rhesus macaques in Puerto Rico where I lived for 2 years while collecting data, and which remains one of my favourite places in the world.