Whether you’re local or global, student or alumni, the Abstract’s weekly news digest will help you stay in the loop with our amazing Gillings School community. 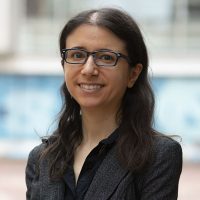 Congratulations to Jessica Soldavini, PhD, MPH, assistant professor of nutrtion, who was recognized for receiving the 2021 Outstanding Dietitian of the Year Award from the North Carolina Academy of Nutrition and Dietetics (NCAND)!

This award is the highest recognition NCAND bestows on one of its members. The ODY award is made annually on the basis of professional achievement and active participation in the association at the national, state, or district level. NCAND is allowed to recognize one Outstanding Dietitian of the Year each year. 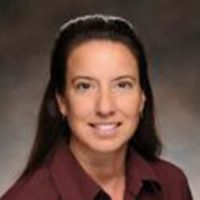 Kelly Evenson, PhD, professor of epidemiology, has co-authored a new paper in the Journal of Physical Activity and Health along with Alison Nulty, MSPH, from the Department of Anthropology, titled “Maternal Physical Activity at Term and Spontaneous Labor: A Case-Crossover Study.”

The team concluded that recreational, but not occupational, physical activity at term may increase the likelihood of spontaneous labor; however, the authors cannot rule out reverse causality.

In memoriam of Dr. Theran Riedel 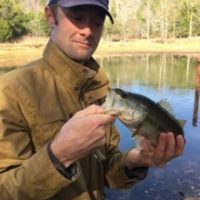 Theran Riedel, PhD, a postdoctoral researcher from the group of Professor Jason Surratt, PhD, in the Department of Environmental Sciences and Engineering, passed away on March 12, 2021, after a two-year battle with cancer. He was 37 years old.

In a memorial from the University of Washington, it was noted that “Theran made his scientific achievements with an ever-present positive attitude, quiet but ferocious determination, curiosity, and dedication to excellence. Moreover, Theran was the consummate team player, committing himself to making important contributions to the project as a whole and not just his own piece, always with great humility and humor.”

Steeb named founding dean of College of Global Population Health at University of Health Sciences and Pharmacy in St. Louis 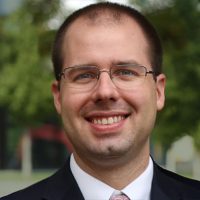 On March 1, the University of Health Sciences and Pharmacy (USHP) in St. Louis welcomed David Steeb, PharmD, MPH, as the founding dean of the University’s new College of Global Population Health. Steeb is a 2017 Master of Public Health in global health alumnus from the Gillings School and a 2013 graduate from the UNC Eshelman School of Pharmacy.

“It’s an honor to have been selected as the founding dean of the College of Global Population Health during such a historic and transformational time for the University,” Steeb said in an announcement. “In learning about UHSP and its mission to create and advance communities of discoveries to foster a healthier society, I could tell this was an institution that was strong, ambitious, and ready to learn, serve and grow, and that resonated with me from an ideological and personal perspective. I’m ready to work with the members of this incredible University community to build this new college that I hope will transform health outcomes and make a tangible difference on society.”

Chi named vice president of research and innovation for 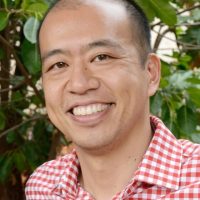 Benjamin Chi, MD, MSc, professor of obstetrics and gynecology at the School of Medicine and adjunct professor of epidemiology at the Gillings School, has been named vice president of research and innovation for the Department of Obstetrics and Gynecology at UNC Health. For nearly two decades, he has worked at the intersection of HIV, maternal and child health, and global health.

Chi’s research spans six African countries. He is studying combination strategies to prevent new HIV infections among pregnant and breastfeeding women. He is also investigating optimal doses of HIV pre-exposure prophylaxis during pregnancy and breastfeeding. These studies are supported by two National Institutes of Health (NIH) R01 awards, which he leads as principal investigator.  He is also the protocol co-chair for IMPAACT 2009, a multi-center clinical trial investigating the pharmacokinetics, safety, and acceptability of HIV pre-exposure prophylaxis among pregnant and breastfeeding women.

Chi currently directs four NIH-funded research training programs. He serves as principal investigator for the UJMT Fogarty Global Health Fellows Program, which supports 20-25 individuals each year in mentored research training. As director of the coordinating center, he leads a consortium of four US universities (UNC, Johns Hopkins University, Morehouse School of Medicine, Tulane University) and a large network of 30 international institutions. He is also the lead for the UNC Global Women’s Health Fellowship and co-lead for the UNC-UNZA-Wits Partnership for HIV and Women’s Reproductive Health. Since 2020, Chi has become increasingly engaged in departmental research and faculty development as well. He is the research director for the UNC Women’s Reproductive Health Research Program, an NIH-funded career development program for promising Ob-Gyn researchers. He also developed educational opportunities for fellows across the department.